"The Horror and the Wild" 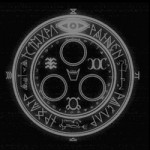 I'm 31, and live in Colorado in the USA with my boyfriend (Rising Dawn on EV) and his service dog, a pitbull named Cy. I graduated in 2011 with a bachelors in anthropology.
For now I work full time doing sales and office work for a driving school and test prep company.

As far as a subculture, I'm mostly of the geeky gothy persuasion. Also part of the LGBTQ+ community (the B/Q part, specifically).

I very much enjoy video games. My favorite ever franchise is Silent Hill (please view my tag), my favorite of which was 3, though the more-highly-regarded 2 is a close second. I also enjoy Skyrim, the Bioshock games, the Kingdom Hearts series, Portal and Portal 2, and various others. I also like handheld games, and am a huge fan of Pokemon. My other favorite handheld series is Zero Escape (The first one, 999, and the second, Virtue's Last Reward. I hope to play Zero Time Dilemma soon.) If you enjoy horror/creepy-tinged puzzle games with genuinely surprising plot twists (and where everyone is likely to die a horrible death) I can't recommend those games enough!

I love writing, though it's highly unlikely I'll ever do so professionally. Still, I enjoy it, and am trying to be a bit more dedicated when it comes to putting time in. So far, semi-successful this year!

I also enjoy horror movies, photography, urban exploration, fairy tales, reading, music, and hiking. I can gush on somewhat endlessly about things I love, especially books and movies or series that I really enjoy.

The primary goal for my horses is almost always stats; I strive for my horses to be among the best of their breed. I try to ensure that the bulk of their stats is in the ones primary to their specialty, with the non-specialty stats as low as possible. I also love color, and aim to have a nice variety among my horses. Conformation is a very distant third when it comes to my goals, though ideally I hope for at least decent numbers there.

If a horse is not up for sale, it is not for sale. Horses that are for sale will usually be in my sale division. I set my prices based mainly on the stats of the horse, but I also factor in any desirable genetics or conformation. It is highly unlikely I will accept bids that are below my asking price.
I try to have a couple horses of each of my main breeds up for stud. My public studs are generally available from the age of 15 until they retire.
I offer private stud and broodmare services on a case-by-case basis. I will most likely allow you to use one of my studs, with something around 10k/100 stats as a fee. Mares are a bit trickier, due to their "cooldown" period, but if they're under the age of 17, it's probable that it won't interfere with my plans, so you're welcome to ask. Just PM me. :)
I will also potentially offer custom-bred foals out of my horses, again on a case-by-case basis, assuming you're willing to pay a fair price for the resulting foal. (A "fair price" will be the cost of the foal + the use of his/her parents.) PM me to work something out. :)
I avoid any inbreeding on the first pedigree page for my horses; it's very possible that there are some common ancestors that pop up farther back than that. This does not bother me, as I consider it much more in line with the real-life practice of "line breeding", which involves deliberately breeding to the same horses with desirable traits. It's also perfectly within the bounds of realism for horse breeding. If that *does* bother you, then take a look at the pedigrees before breeding/buying.

I'm a member of the Gypsy Vanner Club!


This has been my breed ever since I started on EV in 2013. With the addition of so many new colors and patterns to the breed in this new incarnation of the game, I'm in heaven! I am still working with my original lined herd, though I've also picked up a second herd that I hope to have more color diversity in, starting from a new (and enormous) set of foundation horses. I'll probably eventually cross my old horses in, but it'll be a few generations out. My vanners are all in driving, and I aim primarily for stats, but the new herd will also emphasize color and some flashy patterns. (My pattern preferences are probably in order: overo, tovero, rabicano, solid, roan, homozygous tobiano, splash, sabino-splash. I have less love for other sabino patterns and heterozygous tobiano patterns.) I also hope to increase the prevalence of flax, dun, cream, silver, and pangare in my herd.
All of my vanners have "creepy" themed names. I do love horror as a genre. ;P

I'm a member of the Welsh Pony Club!


Welsh Ponies were picked up as something of a whim, but they've grown to become one of my favorite breeds. Mine are disciplined in show jumping. Again, stats are my main goal, but I also try for color and pattern diversity. Flaxen, silver, dun, cream, sooty, pangare... love it all, especially with overo!
My Welsh Ponies are all named after titles from the Silent Hill game soundtracks. I don't know what I'll do when I run out of titles!

I'm a member of the Friesian Club!


While Friesians aren't the most diverse breed, they're still gorgeous! Mine are disciplined in dressage. I aim for as many chestnuts as I can get, but stats remain my primary goal. It can be a challenge to keep chestnut prevalent without inbreeding, but I continue to do my best.
My Friesians are named after things from the podcast series Welcome to Night Vale. I'm actually extremely behind on the series, but it's absolutely wonderful and hilarious!

I'm a member of the Miniature Horse Club!


I meant for my minis to be a little "just for fun" side project, because they have such amazing color diversity, and then I somehow wound up basically starting my own line of them, and now I have a ton of the little guys. :P They're all in driving.
My minis have no real theme. They just get named after their parents.
I also have a collection of "project minis" that are designed more to bring in colors and patterns. Once their stats have been brought up over a few generations, they'll be added into the main herd.


I'm a member of the Morgan Club! My mare Masquerade was the winner of the June Mascot contest! :D

Also in June, my horses Dawn and Dusk won second and third place, respectively, in the train a foundation contest. :D

I originally picked Morgans up as a color project, because the pre-recode vanners were so limited. Unfortunately they lost a lot of their available genetics in the new version of the game, so they're not quite as appealing for that. Still, I'm attached to them, and will keep breeding for flax/silver/dun/cream. Some of my herd took a stat hit when I was trying to bring in rare genes on the old version of the game. Now those colors are gone, but I'm sticking with the horses I have, so I'll be trying to focus more completely on stats and bringing those back up to my usual standards. My Morgans are all in western.
They're all named after folklore and fairy tale related words, though sometimes I've been a bit generous with what that means to me. :P

I'm a member of the Akhal-Teke Club!


Tekes were something of a whim for me, but I've always thought the breed was gorgeous, and I wanted a breed that I could discipline in racing, and Tekes caught my eye. This breed has also been an experiment for me to determine how best to keep a closed line going... how much new blood to bring in each generation, how many foals to breed, how best to balance new horses with high stats. It's been successful, and has given me at least a bit of a guideline.
I also purchased a good foundation of beautiful custom Tekes that Windspun made, and am looking forward to working with them more to get some of the gorgeous new colors we have available. All my tekes have been locked for quite a while, while I wait to feel like I can manage such a large herd.
I name my Tekes after celestial bodies. Mostly planets and satellites in our solar system, though I'll soon have to expand that a bit. The new customs and their offspring are named after constellations.

I'm a member of the Tennessee Walking Horse club. If we get a club card, I'll put it here.

My intent is for this herd to stay relatively small, and while I did start with mostly foundations, I'm not shying away from bringing in outside stock to get the colors or patterns I want. While as always, stats are my main goal, I also intend to have nice colors and patterns!

I'm a member of the Mustang Club!


Way back a long time ago, I decided to pick up Mustangs, because they were super popular and super colorful, and I needed an endurance breed. Unfortunately, I never really "clicked" with them, and started to lose interest; they were just so popular that it was both too easy to get good horses, and too hard to get the best horses. Since I didn't want to dump all of them, I did a pretty ruthless cull of the ones I had, and kept my favorites. I finally bred them down to my very last mustang, Conspiracy!
My mustangs were all named after conspiracy theories.

Foolishly, I started a small line of clydesdales, too. My hopeful goal is to end with a solid chestnut as the sole fifth generation horse that these 16 foundation horses will get me.
I succeeded in the goal I set out with! My solid chestnut mare Lady Will-o'-the-Wisp was the final Clydesdale out of my original 16. :)

I have a good number of Arabians and Paints hidden away on my lock account with the intent to eventually work with them, too. I have no self control, haha.

I have finally gotten all my horses moved here from my second account! So that account is sitting vacant until I find a reason to use it for anything. :)

It's Only The Wind